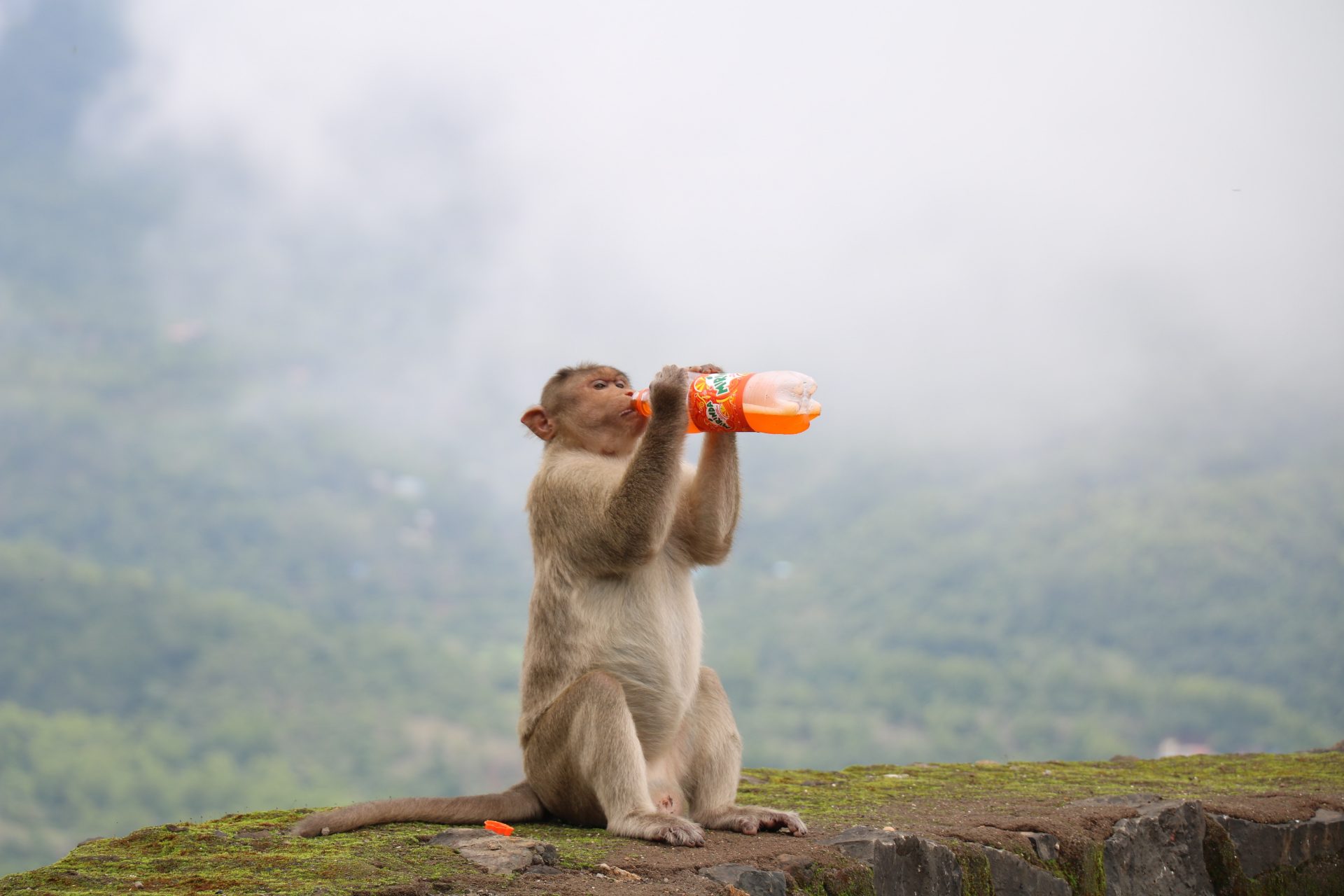 Major discoveries across many disciplines have identified the similarities between all creatures on this planet. Gone are the days that scientists consider animals innately primitive and intellectually inferior to humans. So much so that not only are monkey species considered to currently be in their stone age, but research is continuously exploring the idea that their stone age ran in parallel with our own. In other words, both humans and monkeys shared the stone age at similar periods in time.

The evidence for a shared stone age derives from the way we have both shaped our surrounding environment. Of course the Stone age is aptly named to describe the utilisation of stone for essential day-to-day tasks. The hominid (the biological family shared by apes and humans) stone age is thought to have lasted around 3 million years but importantly it ended around 4,000 years ago although potentially even later in some localities.

The earliest stone tools discovered by archaeologists are found in the East African region around 3 million years ago and these are vastly older than any other discoveries around the world like for example the oldest found in China at around 2 million years old. Interestingly, it is difficult to know what exactly made these tools but fossils of early man are also found nearby in the same region and therefore has led many to believe it is direct evidence of early stone age activity. These discoveries provide clues towards the activities carried out by early hominids and also their intelligence. But of course these early timelines are millions of years before homo sapiens even existed as the speciation of homo sapiens is thought to have happened from anywhere between 300,000-500,000 years ago.

Yet, the earliest that primate archaeologists have uncovered similar stone tools specific to other hominids are dated to around 4,300 years ago. These came from a site in the Ivory Coast and are attributed to Chimpanzees. The discovery was published in a paper by Mercader et al. (2007) from the Max Planck Institute in Germany and since its discovery in West Africa, there has been increased primate archaeological research being carried out around the world. In fact, evidence drawn from South America, Africa and Asia has shown the extensive use of tools across many different monkeys including the Bearded capuchin and the Burmese long-tailed macaque as well as chimpanzees of course.

The fact this discovery is dwarfed by the 3 million year old timeline of early man is not to be dismissed. The idea that primates have been utilising stone tools much earlier than previously thought is an astounding discovery. It means there is an overlap from where the human stone age ended and the Chimp stone age started. But of course, it is entirely possible those 3 million year old tools are not from early man and could be from elsewhere in the Hominid family.

This a theory raised in the Mercader et al. paper because this discovery highlights how the cultural attributes of stone tool utilisation is not exclusive to humanity. It is perfectly plausible that this “type of tool use could have originated with our common ancestor, instead of arising independently among hominids and chimpanzees or through imitation of humans by chimpanzees”. After all humans are so close genetically to other hominids and humans share 96-98% of our DNA with chimps. Hominids as a biological family show advanced cognitive functions and if you need any evidence to prove it, just watch these famous TED talks from Jane Goodall and Susan Savage-Rumbaugh.

So is it the planet of the apes?

Fortunately for humans it does not mean there is soon to be a war between humans and apes. Even in a literal sense, the utilisation of tools is not exclusive to hominids either. Elephants, Dolphins and even birds use tools too. Some of the most amazing use of tools come from the Cephlapods (squid and octopus for example) and they even communicate using colour.

The ability of animals to impact the surrounding environment to their gain is part of nature but of course in recent (and not so recent) human history, we have been doing so to the demise of our planet and our animal counterparts. With all the genetic, behavioural and culture similarities particularly between hominid species it begs the question why do we actively harm our environment and the creatures that rely upon it for survival? We all need to treat creatures like they are our ancestors because they are.

Will the COVID-19 Pandemic End the Populist Movement?