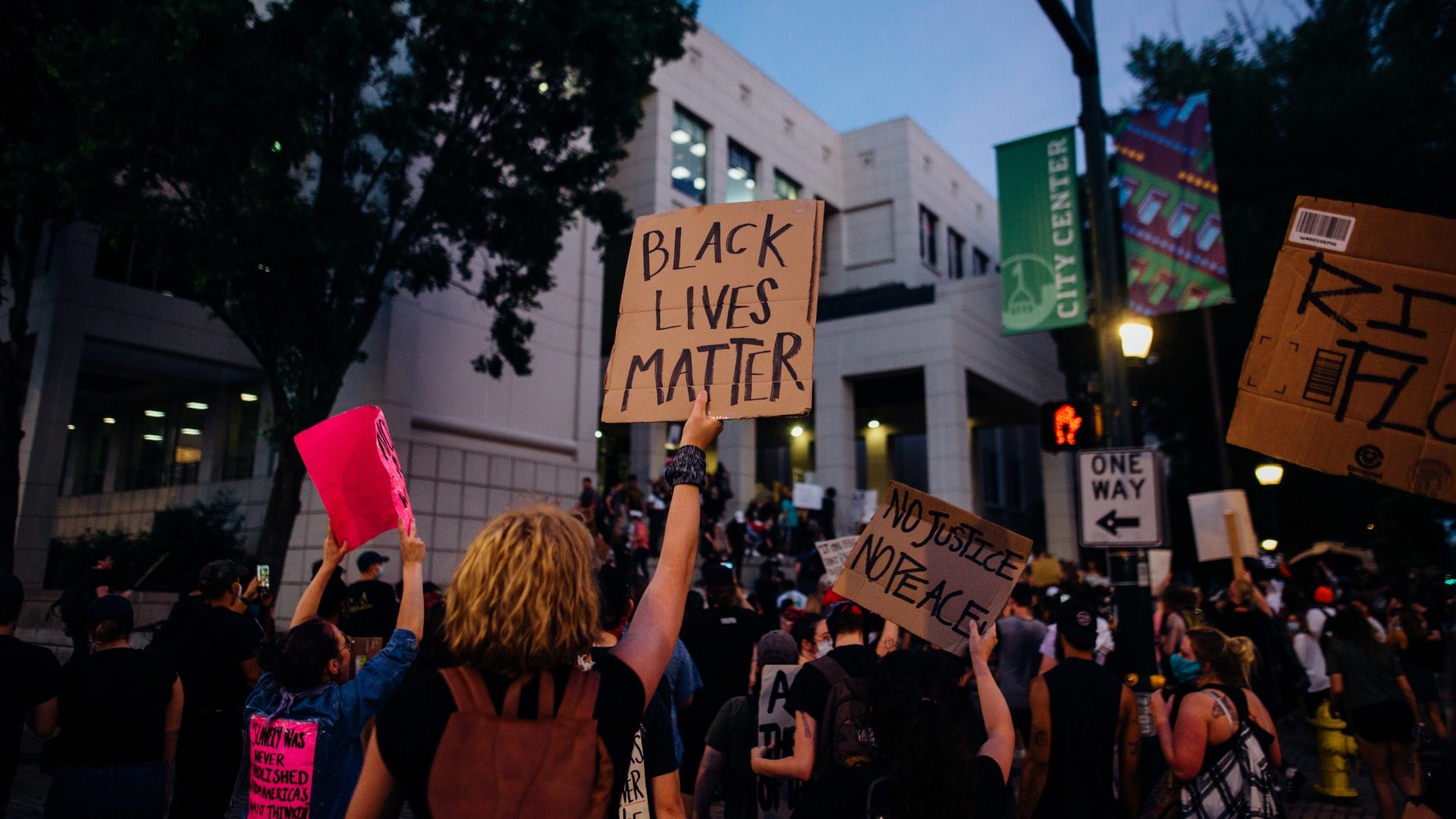 Here at ecoLogicc, we have been taking this time to pause, think, educate and re-evaluate ourselves in light of George Floyd’s death and the anti-racism protests around the world. As two white men, we thought it would be fitting to share what we have learnt over the past weeks as well as throughout our education and where it has fallen short. We wanted to use our platform to exemplify our solidarity with all those fighting inequality and racism on our planet.

This article is split in two parts, first, Chris discuses how the climate crisis is a racist crisis and what approaches could national structures take in combating structural inequality surrounding climate change. Second, Laurie explores the findings of Angela Saini’s book; Superior.

“The fact is that we live in a world that has been profoundly shaped by empire and its disparities. Differentials of power between and within nations are probably greater today than they have ever been. These differentials are, in turn, closely related to carbon emissions. The distribution of power in the world therefore lies at the core of the climate crisis”

The marches and riots across the world as a result of George Floyd and the manner of his death have rippled across the black community and the world. Many people of all backgrounds have opened up, sharing their stories of injustice and racism. This mass conversation has caused many, like myself, to reflect and educate on a subject often avoided.

I have come to learn that just not being racist isn’t good enough and to be anti-racist is the positive step required in combating racial inequality. I’ve also come to understand that racism exists in many different forms completely without intent built within societal structures. This news led me to consider how major issues I hold close could be affecting people of colour differently.

Today I learnt that the Climate Crisis is a Racist Crisis, and here’s why.

In light of George Floyd’s murder on May 25th, Black Live Matter (BLM) and thousands of protestors gathered in Hyde Park, London to recentre conversation around black lives in the UK and to speak up on racism across the world.

Back in September 2016 BLM shut down London City Airport (LCA) in protest of racism once more. However, this time to raise awareness of the structural and institutional racism embedded in society and British culture. The juxtaposition of wealth and racial background of the airport’s users and the people who live in close proximity not only highlights the racial inequality within the UK but offers a perfect metaphor for global climate change inequality.

On average, LCA passengers earn £114,000 a year. In Newham (where LCA is located), 40% of the population survive of £20,000 or less, a borough of predominantly black and minority ethnics. And this isn’t a one-off example. Disparities like at LCA occur all over the UK. So much so that Black British Africans are 28% more likely than their white counterparts to be exposed to air pollution.

Climate Crisis is a Racist Crisis was BLM UK’s message. Climate change does not and will not affect all people equally. Structural and institutional racism embedded within national values and cultural representations allow privileges associated with “whiteness” and disadvantage those associated with “colour” to endure and adapt over time. Set-up with or without intent, it is this inherit national system that oppresses black lives every day in the UK. And it is similar systems set-up across the globe that cause climate crisis inequality.

(To understand terms such as structural racism, institutional racism, and white privilege, I found this glossary particularly helpful)

Already, we are seeing mass movement of migrants as Black Africans flea their homes to the safety of Europe. But the reception they often receive in places such as Italy is frequently hospitable and even violent. It’s not too far of a leap to connect climate change to the anti-Black racism represented by the Italian government to let, predominant Black African, migrants drown in the sea.

Leon Sealey-Huggins (in this book published in 2018) asks industrialised western societies to look at tackling climate change and climate change inequality by collectively providing resources to those most in need through unconditional bias. ‘Climate debt owed’, rather than ‘climate aid promised’.

The term ‘climate debt owed’ refers to the debt white societies owe to black and minority ethnic groups for their suffering when labouring to develop western nations to the levels they are today.

The Dutch – whose empire was built on the back of slave labour – can afford billions of euros worth of flood defence whereas in the Caribbean they “simply don’t have the resources”. This is a prime example of how past racial exploitation has allowed industrialised countries to, on the whole, benefit massively from the same processes that are now causing global climate change.

It is with focus on climate debt, reparation, and justice that the racist climate crisis can be combatted. Solidarity with the victims of climate change will come from a change in our societal structure and inherent way of thinking, improving education and dismantling privilege. These processes will not be easy.

To show black lives matter in this climate crisis we must prepare for mass migration as extreme weather hits, we must campaign for reparation justice, and we must redistribute resources so those must vulnerable and most in need can successfully mitigate and adapt to the troubling times ahead.

Saini’s book explores many racially based historical case studies, from the treatment of native Australians to African slaves in America. Not only does she identify the consistent shocking treatment of certain ethnicities around the world but she also elucidates how changes in scientific understanding is utilised to further the inequality, particular in light of our ancestral history.

She writes, as soon as it was discovered by archaeologists that native Australians were further genetically from Neanderthals (cavemen) and Europeans were in fact closer genetically, the depiction of Neanderthals completely changed. Even the precise definition of the word Neanderthal changed from stupid, bumbling idiots to conscientious and forward thinking creatures capable of art.

It is this politically charged form of science that has either been used to support racism and inequality or in fact caused it. However, the above serve as examples for when there is a direct and purposeful relationship between scientific discovery and racial discrimination. Yet, there are plenty more with indirect consequences too. Take, for example, the multiregional hypothesis of our ancestry. The theory was proposed by Alan Thorne & Milford Wolpoff, who are world-renowned in their field and have considerable expertise between them.

The theory posits that “some of the features that distinguish major human groups, such as Asians, Australian Aborigines and Europeans, evolved over a long period, roughly where these people are found today”. By describing these populations as “types”, it is clear how scientific theories can reinforce ideas of racism, hidden by rigorous scientific discovery.

Saini, when interviewing Wolpoff notes how he knows completely that there is no such thing as subspecies biologically within Homo sapiens. He also reiterates there is no such thing biologically as race, it is merely a social construct. Despite this and his co-author’s best intentions, they still managed to indirectly continue to fuel the fire that Homo sapiens around the world are somehow unequal or born differently from one another. This is not a hypothesis born out of imperialist rule, this widely known hypothesis was proposed merely decades ago and although unproven is shaping racial discrimination in science today.

So prevalent is racism in the western world, that scientific hypotheses aiming to explore our ancestral past are hijacked by social constructs of race to further politically charged and postcolonialist racial discrimination. For those that believe perhaps, science is above politics and is untainted by prejudice are sadly mistaken. For those that believe perhaps the echoes of British rule are not still felt are also sadly mistaken.

“Time and again, science provided the intellectual authority for racism, just as it had helped define race to begin with”.

I am not going to spoil or uncover the name drops mentioned in this book as I will leave it up to you to read the damn thing. But perhaps think for a moment that some of the most well-respected scientists, politicians and institutions, no matter how progressive in their era, may still have believed that people of another race are born differently.

Despite some of their life’s work even being based upon racial unity, there were contradictions in their notes and thinking, supporting evolutionary hierarchy that fuelled the racist fire we still see today. It may seem trivial to some to pick apart some of the most respected individuals in our recent past who advanced science to where it is today as one could argue no individual from the past is devoid of their contradictions. However, it is important to know the origins and the reasons for the continuation of racism in science, politics and society in the modern era.

These are merely just a few of the seeds sown into our society, culminating in inequality based on social constructs and we implore you to educate yourselves further. This is exactly what we will be doing at ecoLogicc and above all else we will be talking to our friends to seek guidance and show solidarity in these troubling times. 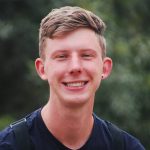