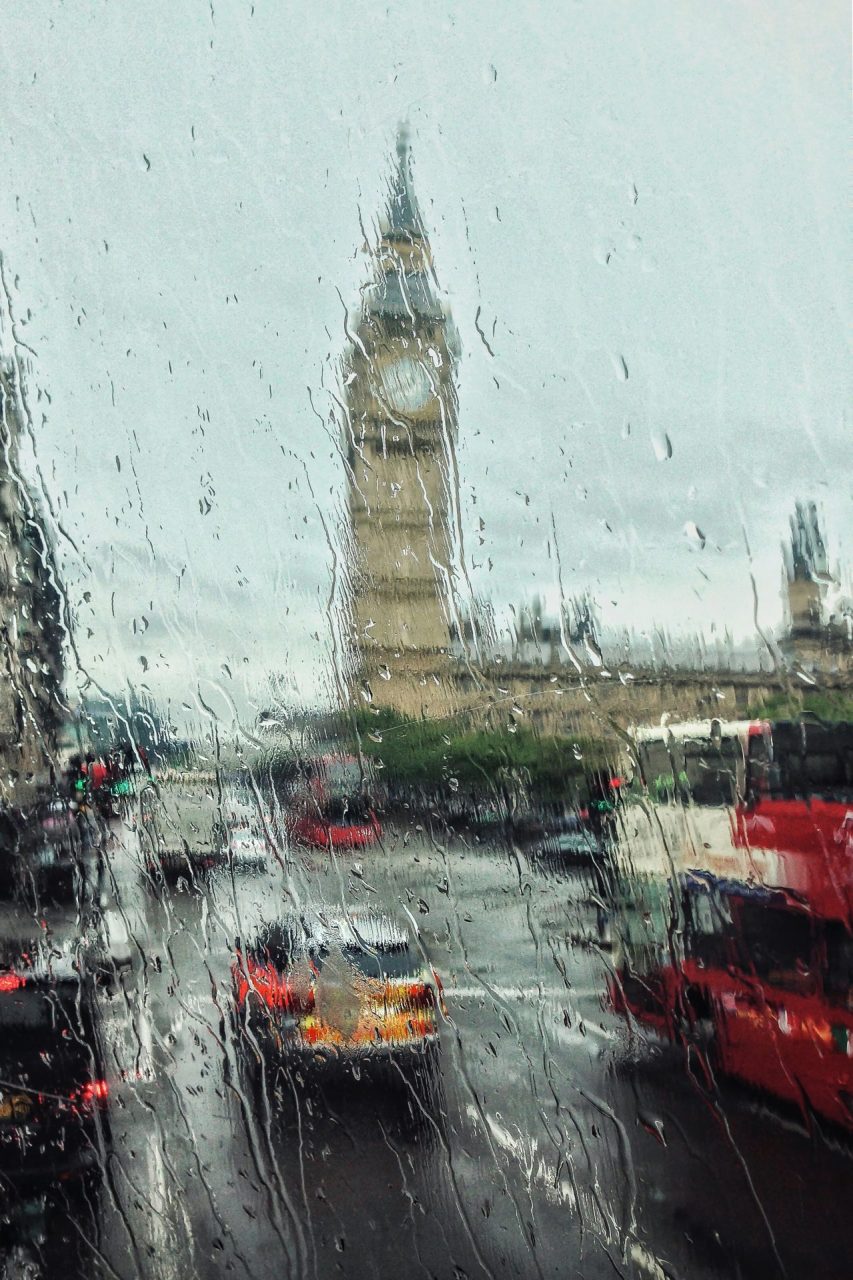 Thanks to a new headline by the Telegraph, many have been wondering whether climate change is resulting in the UK’s status as a wet and rainy country to come into question. It is as a result of a new report, which has been published in order to urge people to start implementing water-saving techniques in the UK due to the potential of forthcoming water shortages. But should we really be questioning our status as a rainy nation?

The article in the Telegraph has generated this “click-baity” headline only due to a short foreword by Sir James Bevan, the head of the Environment Agency, in a new report called the Great British Rain Paradox. In this summary he states how most people in the UK (around 77%) agree that the region is in fact usually wet and rainy. But importantly, he states that this perception of the UK is flawed because the UK as a whole also experiences very dry periods.

Now whether you want to call him captain obvious or not, he does have a point. The quintessential brit does often complain about the weather and how it’s always cloudy, wet and rainy. But if you really think about it, the UK experiences warm summers and long dry spells. These warm periods with dry spells aren’t limited to the South of the UK either as they are experienced in all corners of the UK but, of course, to varying degrees.

The foreword goes as follows:

“Climate change is also causing long spells of dry weather that are putting our water resources under increased pressure… In future we are likely to see even more records being broken and further periods of exceptionally dry weather and drought”.
Sir James Bevan – The Great British Rain Paradox

I can see how they have attempted to mould this foreword for their own media purposes but to do so from a report that is primarily funded by Finish (yes, the dishwasher tablet company) is a questionable angle. However, it is always important to remain critical where necessary. So let’s explore how the climate is changing in the UK and see both sides of the story.

If there is one thing to take away from this blog post today, it would be that the term global warming is defunct. There is a reason the term global warming has become almost obsolete and it is due to the fundamental fact that the Earth is not consistently getting warmer everywhere. A better way to identify the changes on our Earth due to human activities is to consider that our climate is changing.

Sure, the polar extremes like the Arctic circle are experiencing increasingly warmer weather and there is a term for this – Arctic amplification. However, this is not the case everywhere. In fact, some areas have been getting dryer, wetter and even cooler. Even the Arctic experiences colder and snowier weather among periods of warm conditions.

A vital climate variable that contributes to dry spells and droughts is rainfall or more aptly, the lack of it. Yet, rainfall (precipitation) is one of the most problematic variables for scientists to predict. This is mainly due to the fundamental laws and equations governing cloud formation and rainfall being less well understood than their other climate modelling variable counterparts. Thus, projecting precipitation into the future is done so with large uncertainty and often you will see how projections include large ranges of outcomes. For example, the rainfall projections mentioned in the Great British Rain Paradox include such large projections for the years 2060-2079 that it predicts both drier and wetter conditions simultaneously. In other words, for a location in central England, it is predicted that in summer it could become somewhere between 50% drier or 5% wetter under both low emission and high emission scenarios.

So why has the Environment Agency implied it will only get drier?

Unfortunately, I am not entirely sure because this is where scrutiny is well placed. It is true that the UK is not really as rainy as everyone says it is. Furthermore, 2020 has been the sunniest year on record so far. The past Spring has actually shocked many as it saw more sunshine hours than most UK summers causing increased dryness which raised many concerns for the agriculture industry. But to imply it will be drier due to climate change with such confidence is not backed with much overwhelming certainty by the Met Office, the world-renowned UK-based meteorological agency that supports the Environment Agency’s reporting.

A quick scroll through the Met Office’s website shows how we have actually been experiencing fewer dry days. In fact, the longest dry spells have decreased by 2.5 days since records began. But the nuance of climate change is essential to understand here. Yes, we have been experiencing shorter days of drought and in 2020 alone there has been great winter flooding due to storm Dennis and Ciara. “However, long dry spells are not the official definition of drought” and so “this is not an indication of changing levels of drought in the UK”. The met office even states clearly that there are no studies that have comprehensively investigated how human-induced climate change has altered the risk of drought in the UK. Also, not only have the winters been getting wetter but so have the summers. The summers have been “on average 11% wetter than 1981-2010 and 13% wetter than 1961-1990″.

So what does the climate change forecast actually look like for the UK?

It is a huge challenge for climate scientists to attribute climate events and periods specifically to climate change. This is particularly true for the UK as it experiences hugely diverse weather year-round owing to a plethora of climate variables impacting our climate.

Despite this, there have been both observations and predictions that suggest the UK climate will get drier. For example, we have experienced a warmer decade than the preceding one and all the top ten warmest years for the UK have occurred since 2002.

One set of predictions, from the UKCP 18, is based on the latest developments in climate science and includes high-resolution predictions for the UK. It has projected drier summers into the future despite the aforementioned observations indicating we have actually experienced wetter summers. This counter-intuitive finding is projected because climate can shift over long time periods as well as short ones. While the last decade may have shown wetter summers, for example, the UKCP 18 projection highlights that this is a short-term trend among a longer-term prediction that indicates dryer spells in summer.

The UK climate is complicated.

But no, the UK is not as rainy as you may have complained it is and the UK has not necessarily got drier thanks to climate change. However, there is also evidence to suggest it has been drier due to climate change despite the UK experiencing wetter conditions in both summer and winter over the most recent decade. Ultimately, Sir James Bevan is right – we are not as rainy as we think and water resources will soon become a serious issue in the UK unless water resource savings are made.