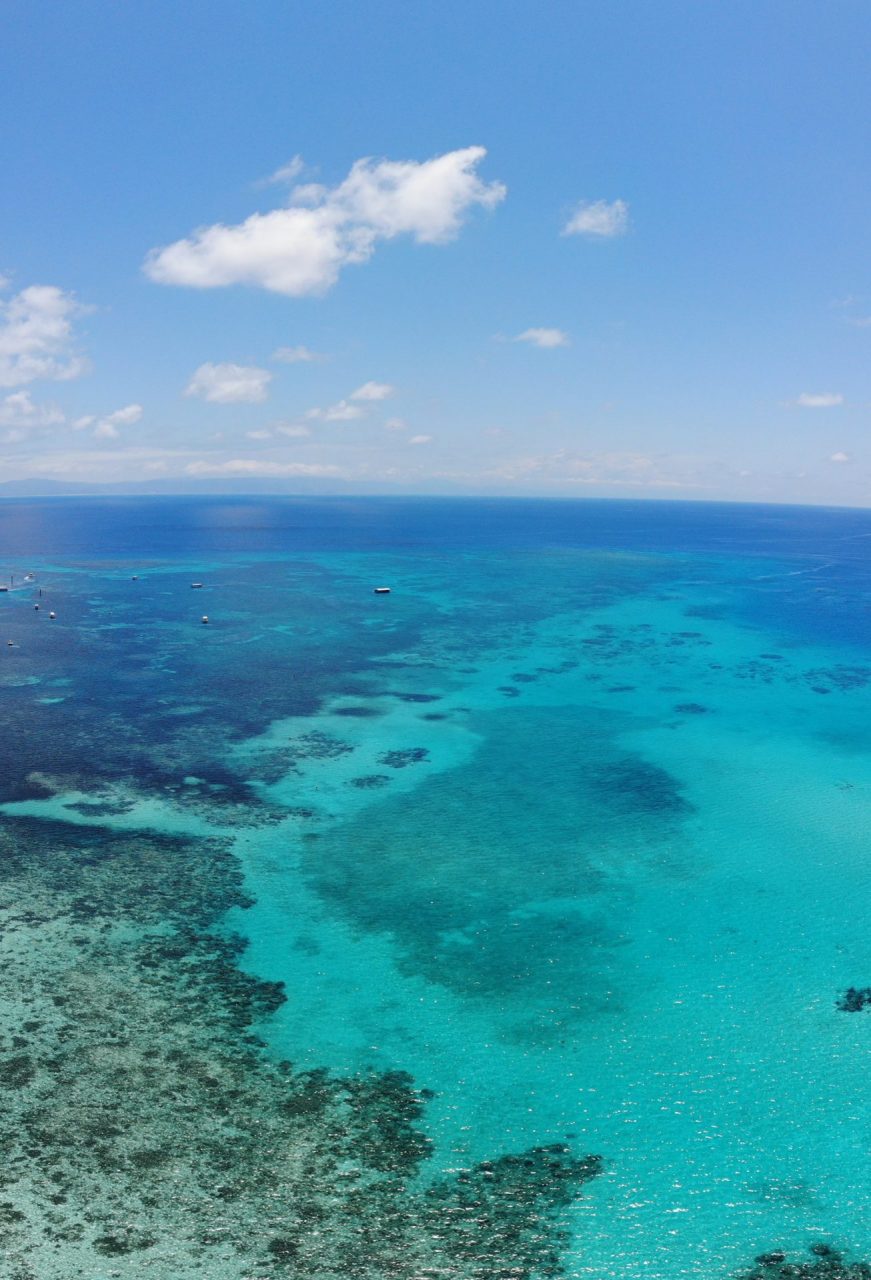 It is made all the more worrying as the Great Barrier Reef is known as the largest living structure on Earth owing to the combined 3,000 individual reefs that comprise the Reef located off Australia’s East coast, but pivotally, it is dying. The dying reef system has become somewhat of a poster boy for climate change and highlights the undeniable impact humans have on the planet and the marine world.

Coral Reefs around the world have been greatly studied due to their importance across all life in the ocean and the planet. Although they only make up 0.2% in area of the vast marine environment, they harbor around a third of all described marine species (Veron et al., 2009). In addition, the Coral Reef tourism industry has been valued at around $36billion (Spalding et al., 2017), illustrating how protecting reefs worldwide is of paramount importance for both ecosystems and the economy.

What actually is coral and is it living?

The Great Barrier Reef is known as the largest living structure on Earth because a coral reef is made up of a combination of organisms which attach to rock to form what we know as coral. This combination is termed a symbiotic relationship as both organisms benefit each other simultaneously.

Corals are actually animals that settle upon rock or a substrate. The structures that form the base for symbiosis are actually made up of hundreds and thousands of these individual animals known as polyps. Corals or polyps actually secrete a hard outer skeleton that attaches to the rock, however, for it to be healthy and efficient it requires the presence of algae.

Once this coral base is formed, it allows suitable conditions for plants known as algae (or more precisely zooxanthellae) to reside alongside the polyps in harmony. The coral base, therefore, provides a shelter for the plants while in return, the plants provide much-needed carbohydrates for the corals to grow.

So when you hear the word coral it is not technically referring to one organism alone, rather, it is referring to a combination of organisms living in harmony. This may seem pedantic to some but it is an important distinction to make particularly when we consider the state of the Great Barrier Reef today.

So how has The Great Barrier Reef got this bad?

Understanding that a coral reef is comprised of two parts makes it far easier to understand how the state of the Great Barrier Reef has become so bad in the present day. It is due to something called coral bleaching.

Coral bleaching as a term has gained popularity due to the fact coral ends up looking like it has been bleached as the reef to loses its colour and turns pale. However, it is not due to the coral reef changing colour per se. It is actually due to the breakdown of this important harmony or symbiotic relationship that we have just introduced.

In normal symbiosis both the algae and polyps are working together, however coral bleaching occurs when the algae are expelled from the coral, leaving the coral with no symbiosis. The algae provides the fantastic underwater colour on reefs across the world and hence it is termed coral bleaching.

The causes of coral bleaching are now established in ocean science and are known to be caused by rising sea temperatures (Brown, 1997; Sully et al., 2019). And ultimately the thermal-stress events across the Pacific ocean have caused mass bleaching events throughout the Great Barrier Reef to such an extent that now the barrier reef has lost half of its corals since 1995.

The Great Barrier Reef has suffered some of the worst damage very recently with devastating mass bleaching events across 2016 and 2017. It is important to note that bleaching events do not necessarily result in coral die-offs. This is due to the fact the expelled algae can be replaced. However, if the bleaching is severe and prolonged enough then the coral will in fact die (Baker et al., 2008), like what is seen across the Great Barrier Reef.

The future of the Great Barrier Reef

It does paint bleak picture for the largest reef system in the world and a big effort from the Australian government has led to the entire reef being put under a marine protection zone. A countless number of organisations and research teams are carrying out conservation efforts and research to explore the best way to protect the reef from future bleaching events and increase the adaptability of the reef.

One particularly interesting study has found that reefs in the mid-tropics including those in the great barrier reef have experienced an increasing number of severe heat events and survived since the 1990s. In other words, coral reefs are becoming more resilient and are able to tolerate warmer temperatures than previously thought. However, this may be because the current bleaching events have destroyed many of the less resilient corals.

It is difficult to find a way to conclude this article with positive news because it is not always clear that reefs are becoming more resilient (Hughes, 2019) and marine heatwaves are predicted to increase in the future (Hughes, 2018). However, the efforts of the Australian government and research organisations are notable and are going a long way to help.

But ultimately it is the greenhouse gas emissions and the warming atmospheric and ocean temperatures that are driving such devastating changes to not only the Great Barrier Reef but many reefs around the world. Without significant reductions in emissions and changes to the way we live our everyday lives, the Great Barrier Reef will continue to die.