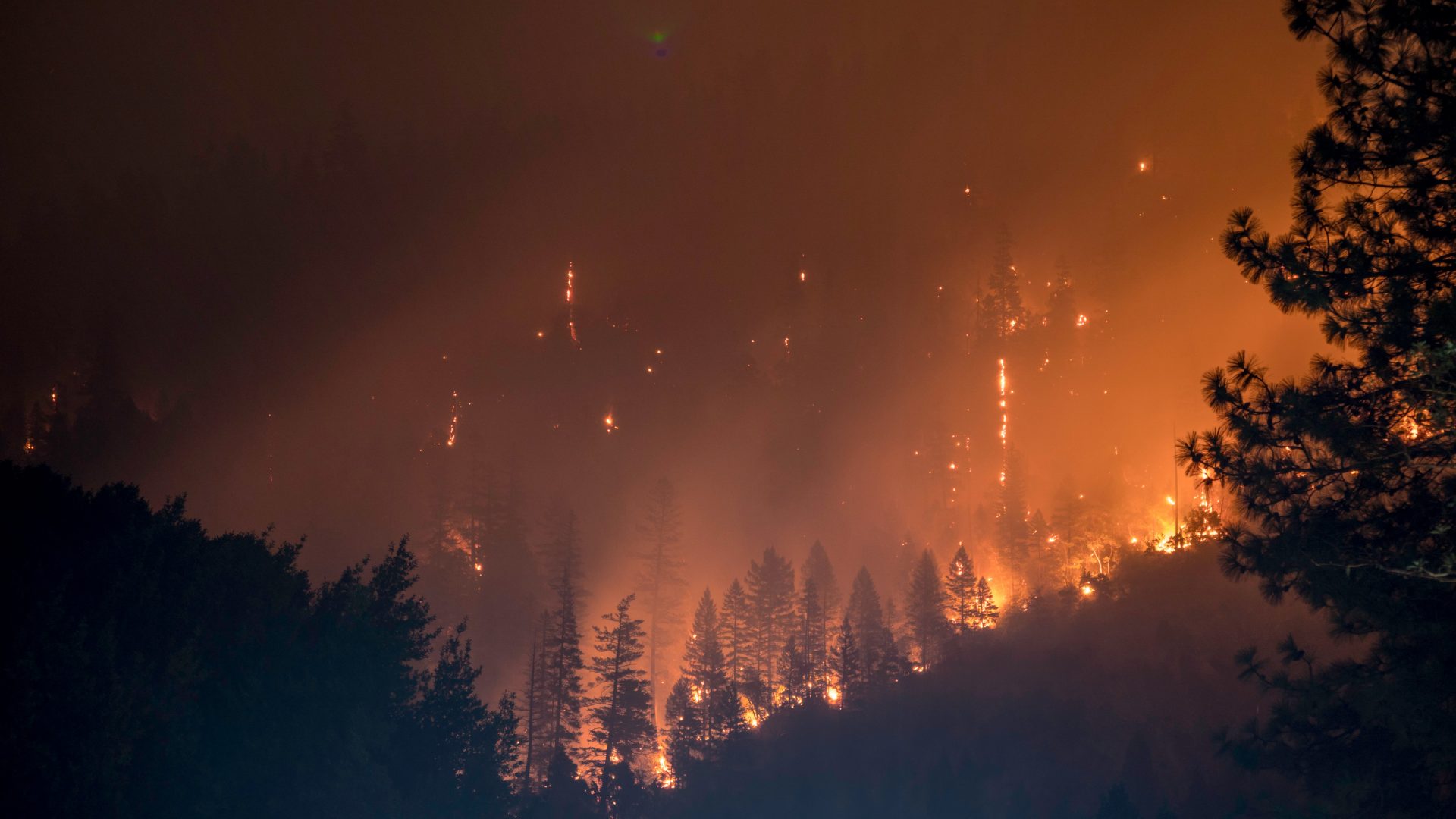 Forest fires have been tearing through the U.S. this year with estimates putting the scale of the damage to over two million acres burnt. As 2020 is already a record-breaking forest fire year, firefighters are having to battle yet again with further blazes linked to climate change.

Merely a month ago ecologicc.net covered the incidence and repercussions of hundreds of wildfires that tore through the U.S. While many of these fires may have been ignited due to man-made mistakes, many have posited that man-made climate change is at the root cause.

Since then, fires have continued to blaze and over the last 72 hours, reports have emerged of another set of devastating fires across California (CNN, LA Times). So far, two firefighters have been critically injured and 100,000 homes have evacuation orders after fast-spreading fires created havoc across Southern California.

The warm and dry conditions were assisted by aggressively fast winds that helped the 42 wildfires spread rapidly. Officials have described the winds as particularly fierce as wind gusts of up to 96mph and 140mph have been recorded across different parts of Southern California and thousands are still without power.

It is very plausible that a “lashing wire attached to a telecommunications line may have contacted SCE’s power line above it, possibly starting the fire”. An investigation is still underway to discern if these claims have any merit.

But of course, it is well known that many fires are often caused by accidents leading to devastating repercussions. However, there is a growing scientific consensus that suggests more violent and damaging forest fires have been on the rise as a direct result of human-induced climate change.

A new part of science has therefore emerged in order to distinguish between different types of modern forest fires; ones that are “natural” as opposed to ones that are a direct result of climate change. This science is known as attribution science. With 2020 being such a record-breaking year for the U.S. in terms of forest fires (more than 2million acres burned), there will no doubt be attribution papers exploring the many fires and their relationship with climate change.

Yet, the damages of forest fires are not solely limited to the homes destroyed, the lives lost, the people displaced and the natural wildlife destroyed. The impacts of forest fires can be felt for hundreds of miles surrounding the outer blazes due to the dust, ash and smoke blown further afield. Studies have shown wildfire events have directly caused the increased risk of respiratory disease in the Western US.

In fact, these record-breaking forest fires have been responsible for awful air conditions across large sections of the West Coast of the U.S. Many media outlets have reported cases of the terrible working conditions that many agricultural workers find themselves in during forest fires, especially under economic hardships as a result of the COVID-19 pandemic. This time air quality has descended into unhealthy conditions once more as Los Angeles, Orange, San Bernardino and Riverside counties have all been issued with warnings of windblown dust and ash.

The Future Outlook for the U.S.

It comes at a timely moment in America’s history as the presidential elections enter its final week. With two completely different outcomes for the environment and climate change policy in the U.S., many are referring to a Trump re-election as “game over” for the climate.

As Trump has removed the U.S. from the Paris agreement, a landmark agreement that has the most ambitious climate targets ever agreed upon, the current president exhibits a strong anti-climate stance for the country. Biden on the other hand represents a clear pathway for climate policy as he recently announced a $2 trillion climate plan over 4 years if he takes office.

With the growing scientific consensus suggesting that forest fires are becoming more severe and not to mention a host of other climate-related disasters increasing, it will be intriguing to see if Biden’s climate plan has an impact on voters.