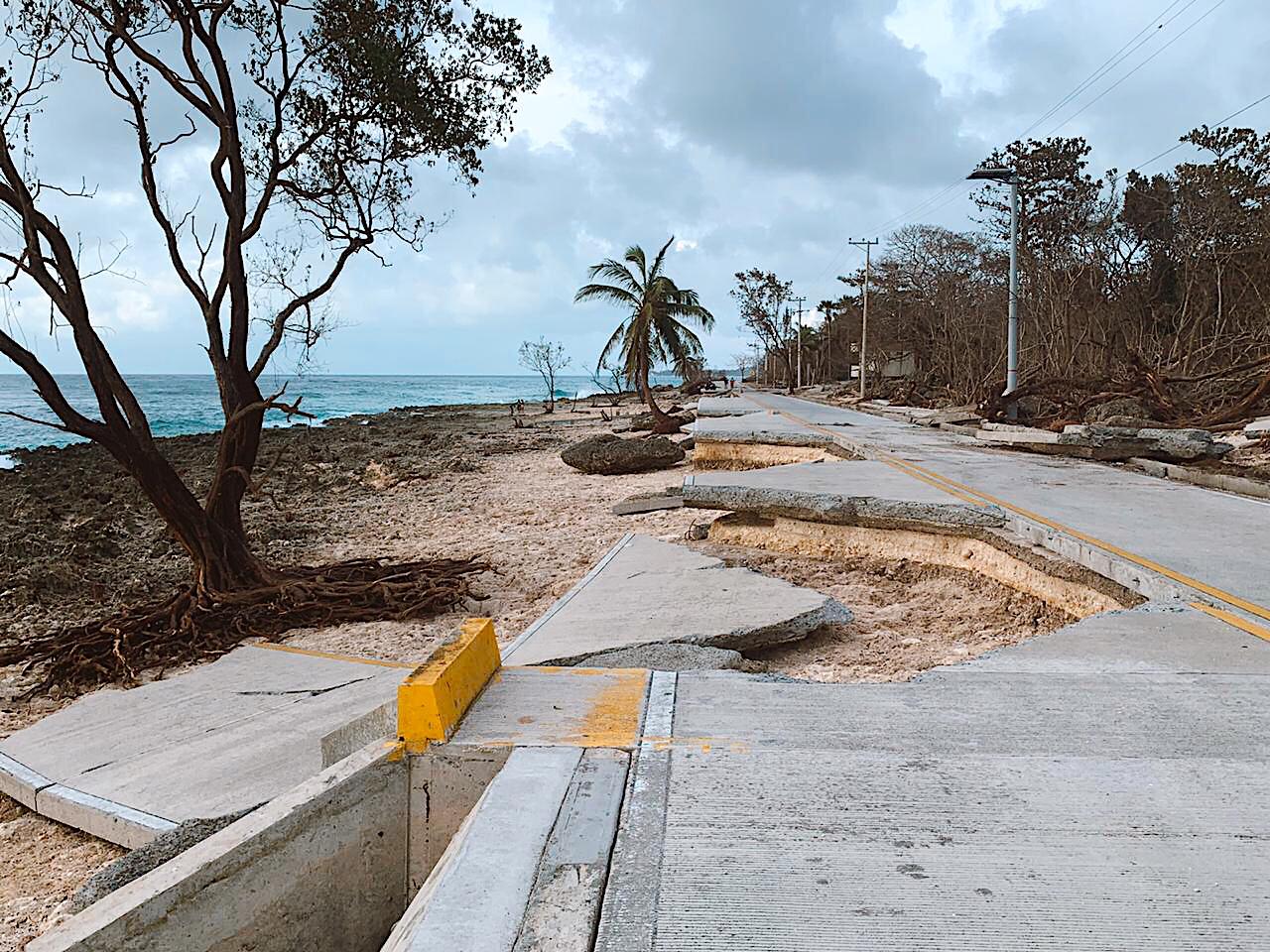 Hurricane Iota, the strongest recorded Atlantic hurricane this year, made landfall on November 16th and has left much of Central America devastated in its wake.

Hurricane Iota joins a long list of tropical storms and hurricanes in a record-breaking year. In fact, 2020 has been such a relentless year for tropical storms that the naming system ran out of letters to name all the storms. Instead, meteorological naming systems have had to utilise the greek alphabet.

Iota is the second major hurricane to hit the area since Central America had less than two weeks to recover from tropical storm Eta that made landfall in Honduras on November 3rd. With 178 fatalities reported so far, the full toll of the sequential storms is still yet to be fully understood.

Iota hit the region with devastating gusts of wind up to 250 km/h and torrential rains, mainly causing river overflows, landslides, and tree felling. It was declared by the Nicaraguan government as the strongest hurricane Nicaragua has ever experienced.

One of the most heavily impacted regions was the Northern Caribbean Autonomous Region (RACN), Nicaragua’s poorest and most vulnerable area, inhabited mostly by indigenous Miskitos and Mayagnas (RTVE, 2020).

In Honduras, more than 16 people died and 100,000 were affected by the landslides caused by Hurricane Iota.

In Colombia, the majority of damage occurred in Bolivar and the archipelago of San Andres, Providence and Santa Catalina. The storm left Providence Island with 98 percent of its infrastructure destroyed but most critically the main hospital on the island.

In order to understand the localised extent of the devastation it is worth exploring a little known Colombian archipelago located in the Caribbean Sea.

The archipelago of San Andres, Providence, and Santa Catalina is located about 230 kilometres east of mainland Central America and 750 kilometers north of mainland Colombia. As a UNESCO world biosphere site it was also called the “Seaflower Biosphere Reserve” (ProColombia).

The biosphere reserve site is not only the islands and its outlying cays; but it also takes in 10% of the Caribbean Sea, covering an expanse of over 300,000km2 (ProColombia). In addition, it is also home to one of the biggest coral reefs in the world.

There is a common belief among locals that the coral reef has repeatedly protected the archipelago from hurricanes for many years. So what happened this hurricane season?

Iota was officially upgraded from a tropical storm to a hurricane due to favourable warmer sea temperatures combined with suitable humidity that in turn increased wind speeds. Consequently, it reached category 5, the highest score possible on the Saffir-Simpson scale, which meant it became the first of this magnitude to ever hit the archipelago.

Even before the emergency, the islands of San Andrés and Providencia faced severe challenges including the supply of drinking water, access to basic sanitation, and disposal of solid waste. Hurricane Iota has exacerbated the access to these basic services. (IFRC,2020).

Like many island destinations in the Caribbean, the archipelago of San Andrés has an over-dependency upon tourism for its economy. Considering tourism has been almost non-existent due to the COVID-19 pandemic it enhances the level of vulnerability to these islanders further, similar to cyclone Amphan.

Furthermore, although the hurricane season typically ends on November 30th, there is still a risk of persistent cyclonic formations that may impact the communities already suffering from Hurricanes Iota and Eta (IFRC, 2020).

In situations such as the emergency presented by Hurricane Iota, we should all take responsibility as citizens and help these communities if we are able to. In such a remote location, one way to help is to donate where it is needed most such as this go fund me page (“San Andres and Providencia Needs You”).

However, the government must take immediate action to not only minimise the long-term damage of the hurricanes, but also to make long-term plans to address the relationship between climate change and disasters.

Nevertheless, there is yet to be high confidence and extensively robust data. So far the IPCC label that it is “likely” the intensity of tropical storms will increase. However, an increasing number of studies suggest the probability may be greater.

A recent paper published in the Nature journal (Bhatia et al., 2019) has in fact presented convincing evidence of an increase in Atlantic storm intensification. This has been directly linked to human-induced climate change.

This is of course limited to the Atlantic and since then, further evidence has suggested evidence for a global intensification in hurricanes (Kossin et al., 2020).

More worrying empirical evidence suggests that the weakening of hurricanes is also slowing in a world impacted more and more by climate change (Li & Chakraborty, 2020).

Hurricanes gain their strength from moisture and thus grow over oceans and seas. Upon making landfall they weaken and dissipate at a rapid rate. However, this novel research indicates this weakening is actually slowing down.

The indication that the catastrophic impacts of hurricanes may persist for longer makes for worrying news in a future world that will experience increasing storm damages as a result of rising sea levels and stronger storm surge (Emmanuel, 2020).