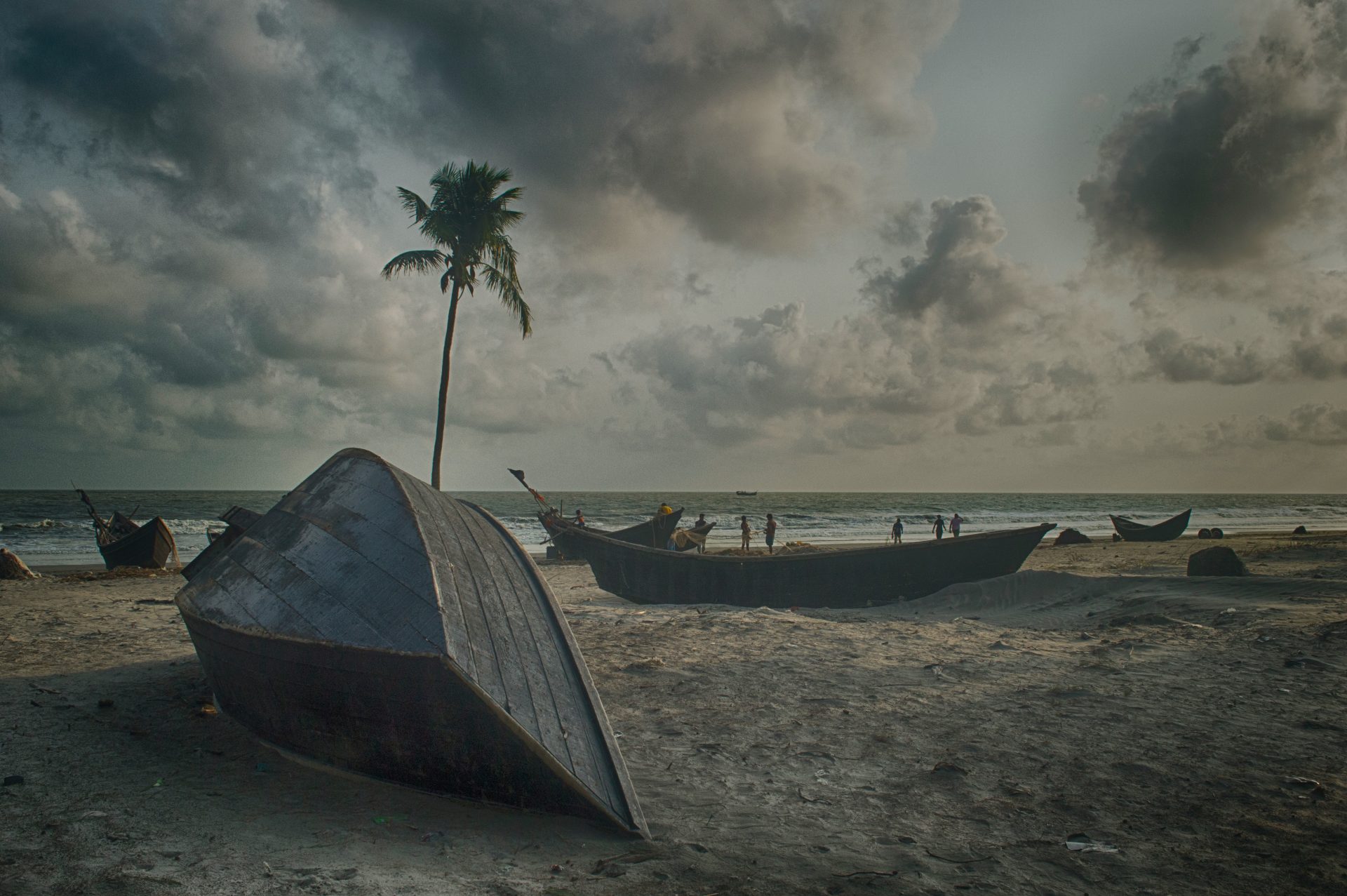 The joint impact of Cyclone Amphan, one of the largest cyclones on record, and COVID-19 has devastated Bangladesh and eastern India. Further neglect of the natural environment means these ‘double-disasters’ will become more common.

Every year during the monsoon season, the Bengal region (Bangladesh and Eastern India) is hit by large cyclones, storms, and floods. The impact of such events is often made worse by the region’s geography and high population density.

Despite its vulnerability, the region has become better equiped in dealing with disasters throughout the latter half of the 20th century as a result of increased awareness and funding, implementation of early warning systems, and the building of cyclone shelters.

What has made the 2020 cyclone season different however was the simultaneous growth of COVID-19 outbreaks in both countries. As the pandemic began accelerating across India and Bangladesh in mid-May, supercyclone Amphan hit the Bengali coast at speeds as high as 160mph. Fatalities were fortunately relatively low though the damage was widespread with 2.9m homes and 1.7m hectares of farmland being destroyed making it the costliest disaster on record in the northern Indian Ocean.

Many refused to evacuate out of fear of contracting the virus while those that did were forced to comply with social distancing rules. Despite this, evacuation shelters were still overcrowded and the large-scale evacuation that took place across the Bengal region may have been responsible for accelerating the spread of the disease in both countries.

Amphan exacerbated the already heavy impact of COVID-19. The lockdown imposed to curb the spread of the disease in Bangladesh caused unemployment to rise to 72% and led to food insecurity in some coastal regions.  Health clinics in affected regions were also forced to close with many yet to reopen.

Recovery from the cyclone will be much slower and more difficult because of the economic, social and psychological impacts of the pandemic. Afsari Begum of Practical Action Bangladesh has warned that ‘unless the funds are put in the right place, this could tip many people over the edge and the effects on vulnerable communities will be catastrophic’.

Disease outbreaks following large disasters are common, though COVID-19 has been unique in that it has made communities less resilient beforehand by overwhelming health services and forcing harsh lockdowns to be imposed to reduce spread.

Scientists predict that disease outbreaks that have the potential of turning into a pandemic will become more likely as we continue to exploit the natural environment. This means we will be seeing similar scenes to what happened in Bengal in the future.

The Relationship between Novel Diseases and The Natural World

Through activities such as deforestation and exotic wildlife hunting, humans are increasing their interactions with exotic species, that are hosts to novel diseases, making what is known as a ‘spillover event‘ (when the disease jumps from an animal host to a human) far more likely, thereby disturbing the natural ‘equilibrium‘ between pathogens and their hosts. It is believed that 70% of all pandemics are caused by spillover events.

Activities like these in the past have exposed humans to novel diseases including HIV/AIDS and previous coronaviruses like SARS and MERS. The risk of a novel coronavirus outbreak was forewarned in 2018 by a study suggesting that continued deforestation in south-east Asia would increase the likelihood of an animal to human spillover event.

Though pandemic-scale outbreaks like the 2009 Swine Flu and COVID-19 remain relatively rare, continued global warming will likely also contribute to more local outbreaks of disease by increasing the risk of virus spillover as their animal hosts migrate to new environments in search of more favourable conditions. It is predicted that over 1 billion more people will be exposed to malaria by 2080 as higher latitudes become more suitable for malaria-carrying mosquito species. Moreover, it is predicted that warmer temperatures will contribute to a greater incidence of certain diseases like dengue fever in places such as Nepal which haven’t previously been exposed to this.

Prevention over Adaptation: A Useful Lesson for Our Climate Change Response?

In their latest study evaluating what the current pandemic can teach us about our response to climate change, Ruben Manzanedo & Peter Manning highlight that it is far easier to prevent than adapt, therefore more effort should be focused on climate change and pandemic prevention, the latter of which can be achieved in multiple ways.

Firstly, disease surveillance must become a more coordinated effort that brings in expertise from multiple fields, including ecologists, biologists, and epidemiologists, to create a more ‘solution-orientated‘ approach to prevent future pandemics.

The One Health Policy Framework, a collaboration between several UN institutions and The World Organisation for Animal Health, is an example of this more unified approach which views human health, animal health and environmental health as interconnected and prioritises routine disease surveillance and improved farm biosecurity to maintain this balance. Moreno di Marco from the Australian Commonwealth Scientific and Industrial Research Organisation (CSIRO) also states that it can ‘[This framework can] provide a global platform for integrating EID (novel diseases) risk mitigation within sustainable development planning.’

Secondly, more restrictions from governments should also be enforced to prevent illegal habitat exploitation and deforestation to not only preserve biodiversity but lower the risk of spillover events occurring. The Global Deal for Nature Plan argues that 30% of the earth’s surface should be free from further exploitation.

The COVID-19 pandemic has shown why it’s so important to protect the natural environment and to mitigate climate change. Though ensuring swift economic recovery following lockdowns may take precedent over any environmental priorities, it is important that we do not lose sight of the bigger picture. If little to no action is taken to tackle climate change or further habitat exploitation, then it is unlikely Bengal will be the last victim of these ‘double-whammy‘ disasters.