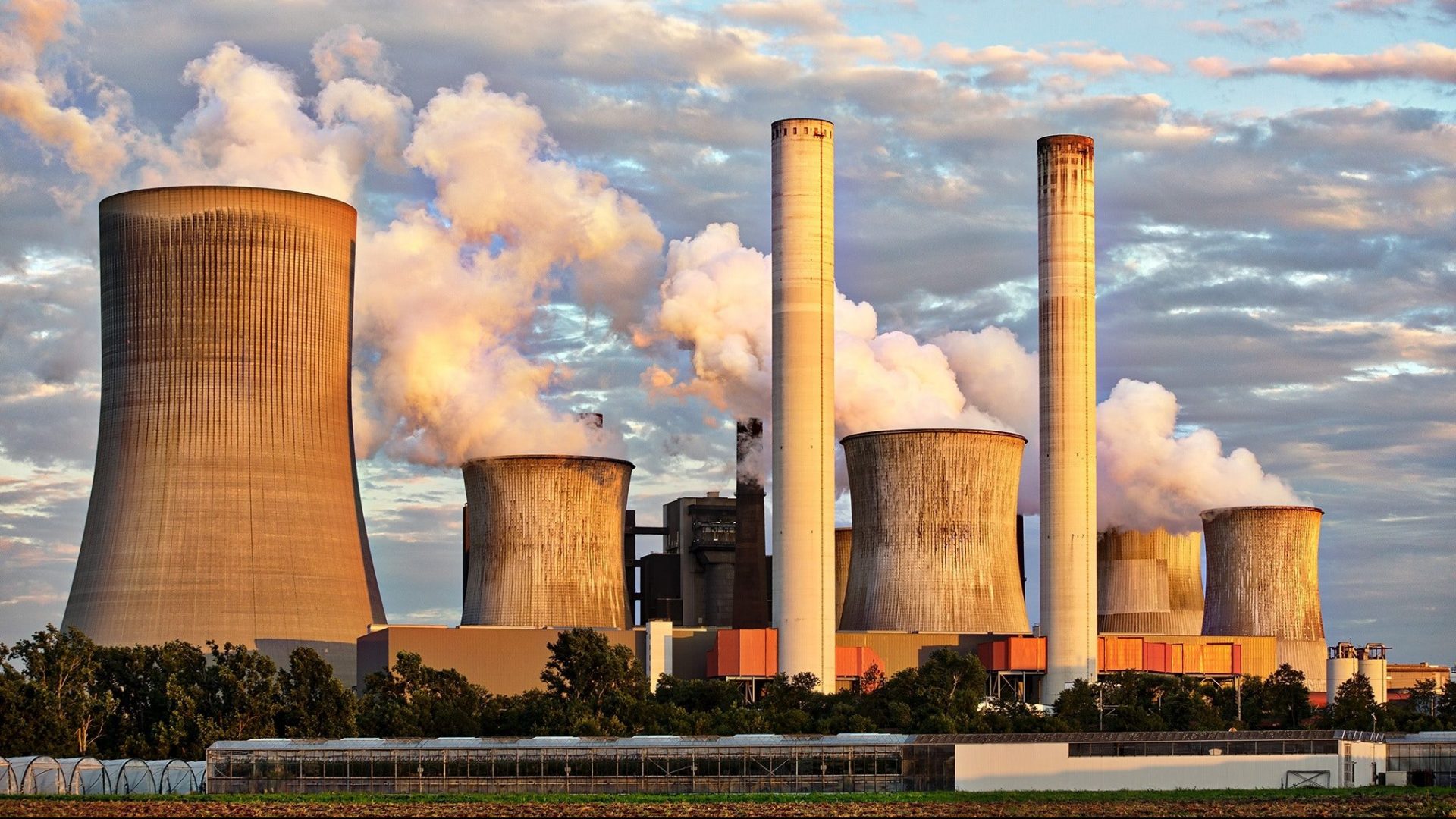 I have successfully become carbon neutral, without changing a thing, all for less than £100. The net carbon emissions of my 24 years living and consuming on this planet are zero. I can sleep easy at night knowing that my existence so far has had little to no effect on climate change, or so I’d like to think.

We know that our everyday lives can be very carbon costly (see article). Travel, food, and even staying at home are just some aspects of our day-to-day lives that come at an environmental price. So how can I continue living as I do guilt free?

As the title suggests, I achieved carbon neutrality not through solar panels, cycling or plant-based alternatives but by carbon offsetting. However, before I gallop off into the sunset on my high horse, it’s worth exploring what it means to carbon offset. Is it really the solution to my carbon costly ways, and ultimately the answer to the biggest challenge facing humankind and the planet?

What is carbon offsetting?

Carbon offsetting is the act of compensating for carbon emissions through a reduction of carbon emissions elsewhere often undertaken by governments and large corporations to meet environmental targets. Organisations wanting to reduce their carbon footprint invest in environmental projects or opt-in to carbon trading schemes designed to reduce or save carbon emissions. The money they provide results in a carbon reduction or saving, therefore, the organisation can claim said reduction or saving as their own even if they themselves weren’t the direct cause.

Carbon offsetting is particularly useful in circumstances where emissions reductions are not possible or unfeasible. Take the UK’s national postal service, Royal Mail, for example. They have thousands of deliveries to complete every day across land, sea and sky. In order for them to achieve these deliveries they must send out hundreds of fuel guzzling vans and lorries that traverse the length and breadth of the country.

There are a number of ways Royal Mail can reduce their carbon footprint: shorter delivery journeys, more deliveries per vehicle, more efficient assortment lines, the list goes on. But there are unavoidable emissions the company cannot get away from. The vast fleet of vans and lorries all use fossil fuels and the technology and infrastructure just isn’t available (especially with larger haulage vehicles) to switch to an environmentally friendly alternative. And even if there was a more sustainable way it would be unfeasible (not to mention wasteful) for the company to make a complete changeover to a greener fleet.

Therefore, Royal Mail is going to have a carbon footprint (for now), and, with the scale of its business, a pretty sizeable one. For this reason, carbon offsetting is extremely popular with large organisations.

There are two types of carbon offset in which the route to the offset has been achieved it different ways. These are called certified and verified offsets.

Certified offsets are carbon offsets specifically made to be traded on the market as carbon credits. Kyoto Protocol compliant, these credits can come in the form of spare carbon allowances (i.e. when an organisation falls short of the amount of carbon they’re allowed to emit the excess can be sold as carbon credits) or from reductions or savings caused by projects. Essentially, an organisation can buy from another the carbon savings they’ve already made.

Verified offsets are carbon offsets that companies have voluntarily invested in that are externally verified to authenticate the legitimacy and scale of the carbon saving. Companies will invest in projects they choose or create ones of their own and a third party will determine how much carbon has been offset. This type of offset is different to certified offsets as the organisation looking to save carbon has more control over how their offsets are achieved by actively seeking a source.

Each approach has its own merits and drawbacks and there are many different types of scheme or project that can generate carbon credits or in which organisations can invest in. To discuss them all would take all day. So, what route did I take to carbon neutrality?

Carbon offsetting for the individual

Well, to take the verified offset option would be extremely costly and time consuming so, therefore, not financially worth it. An individual is unlikely to able to afford to invest in an entire project just to offset their carbon emissions. Up until now, I thought this was the case for purchasing certified carbon credits. But I was wrong.

The United Nations (UN) offer one tonne of CO2e offset for as little as $0.55!! That’s only $3.08 to negate an average UK citizens annual carbon emission (5.6 CO2e/year). If we scale this up, that only $77 for 25 years of living and consuming on this planet. Even if you consider 5.6 CO2e to be conservative, an extra tonne a year for 25 years would only set you back an extra $13.75. This cost, for me, seems a bargain considering how serious our carbon footprints are to the health of the planet.

And the UN aren’t the only organisation offering certified carbon offsets for an affordable price either. Gold Standard is a certification I’ve seen crop up a lot and is widely considered a highly reputable organisation for certifying offsetting projects. Climate Care too offer Gold Standard certified projects individuals can invest in. Who knew you could make such a large carbon reduction for such a small price?!

Right now, carbon offsetting is looking rather good. You can negate environmentally harmful carbon emissions, produced at a varying scales, through investment in offsetting projects verified by reputable multinational sources. In addition, these projects often come with social benefits too such as jobs creation, better health conditions, and improved local economy. So, what’s the downside? Is carbon offsetting all it’s cracked up to be?

There are often questions raised over the validity and capability of many carbon offsetting projects. Do schemes actually reduce the carbon emissions they claim? Are there any nock-on effects of their implementation? How can we be sure?

Energy efficiency projects are a popular type of offset. These projects aim to reduce carbon emissions by improving the efficiency of energy production. One common energy efficiency project involves improving cooking stoves in poorer countries. By switching to more efficient cooking methods, less carbon is produced over time. These schemes also provide additional health benefits to the stove users too as they reduce indoor pollution, an issue responsible for around 4 million deaths per year. So far so good.

But not all of these projects are successful. If the local people after a short time reject these changes and switch back to their traditional methods, then carbon savings will become invalid. Therefore, monitoring is required to make sure that carbon saving projects are followed through, however, many offsetting projects don’t undertake check-ups. Once a saving has been implemented it’s often not considered again, and it is assumed the carbon will be saved. This negligence is a common problem among many other offsetting projects.

In addition to these environmental concerns, there are also social dilemmas. It’s difficult to determine what is a benefit and what isn’t for the local people. Improving cooking stoves may improve respiratory health but it can also be quite disruptive to local tradition. This concern also raises the question: should we be disrupting their livelihoods for the sake of not disrupting ours to save carbon? An ethical issue that shouldn’t go unconsidered.

Tree planting is another type of carbon saving project, one that is often an automatic association with carbon offsetting. “How do we save the planet? Plant more trees!” But it’s unfortunately not that simple. Tree planting carbon offset schemes are now uncommon due to their ineffectiveness and the backlash many projects have received over the years.

Trees offset by absorbing and storing carbon as they grow. Once it is fully grown, the trees must remain in the ground (essentially forever) to continue to retain the carbon offset. However, as is the case with many tree planting projects, they are often cut down. This problem is caused (again) through a lack of monitoring after the fact.

As a result, anti-deforestation projects have become more popular. These schemes prevent current forests from being cut down and releasing the carbon already stored within them. However, deforestation is as much a social issue as an environmental one. Like with cooking stoves, many concerns have been raised over the negative effects on the local people who rely on the forest for resources.

If you want to read more about different carbon offsetting projects and their positives and drawbacks, I found this article particularly enlightening.

There is evidence to suggest that savings from an offset project are often spent elsewhere. This is called the rebound effect. Take German vehicle efficiency improvements for example, one academic paper estimated that between 50% to 60% of their potential energy saving between 1997 and 2005 was lost to increased driving. However, this effect is hard to prove but definitely worth mentioning.

The very basis of carbon offsetting relies on what is known as additionality – evidence that, in the natural order of life, the carbon saving wouldn’t have occurred anyway. A good example of this occurred when Climate Care, one of the largest UK offsetters, distributed 10,000 energy-efficient lightbulbs to a South African township. The savings from their actions they offered as offsets. But they discovered that a local energy company was distributing similar lightbulbs to the same township for free at the same time. So the carbon reduction they calculated from their act and offered as an offset became invalid as the saving would have happened anyway.

Additionality and carbon offsetting is a complex subject and is often not as simple as the previous example. What defines a carbon saving depends on a number of factors and defining parameters that are often hotly disputed. This greyness makes it difficult to judge legitimacy. Hence the importance of certification standards and third-party verification.

In 2019, the UK government set a net-zero carbon target to be achieved by the year 2050, following recommendations from the Committee on Climate Change (CCC), becoming the first major economy to do so. This has been commended as a highly ambitious target and seen much praise. However, one major criticism of the legislation is its inclusion of carbon offsetting. As a result, the UK may still pollute if they offset these emissions, hence net-zero.

It is argued that this approach sets a bad example. If heavy polluters continue their bad habits and work inefficiently, use too much energy, or produce carbon intensive products, global reductions targets will not be met. The CCC have provided an extensive list of approaches necessary for the UK to meet its net-zero target by 2050, many requiring active changes to nationals’ day-to-day lives. If we are reluctant to change and don’t alter our ways, taking the carbon offsetting attitude, we will not effectively reduce carbon emissions.

Carbon offsetting is a quagmire. Legitimacy of projects and the ethics of its use offer enough fat to chew to last a lifetime. On paper it’s a grand idea. It offers a solution to an issue people often cannot escape from.

But climate change isn’t an issue that can be simply bought off. Offsetting must be used in circumstances where no other option is available and where rules and regulation ensure savings are made with the upmost accuracy and legitimacy.

I may be able to claim that I’m carbon neutral. But, in reality, I still drive a car, eat meat, and go on holidays abroad. What is important is my attitude, not what’s on paper. We must actively try to drive less, take the vegetarian option more, and cut down our air travel. We must put the consideration of the planet at the forefront of our mind when making action. With this attitude, when the new, greener technologies come in and national legislation gets tighter we’ll be able to more easily adapt and accept the necessary changes we must make to save the planet.