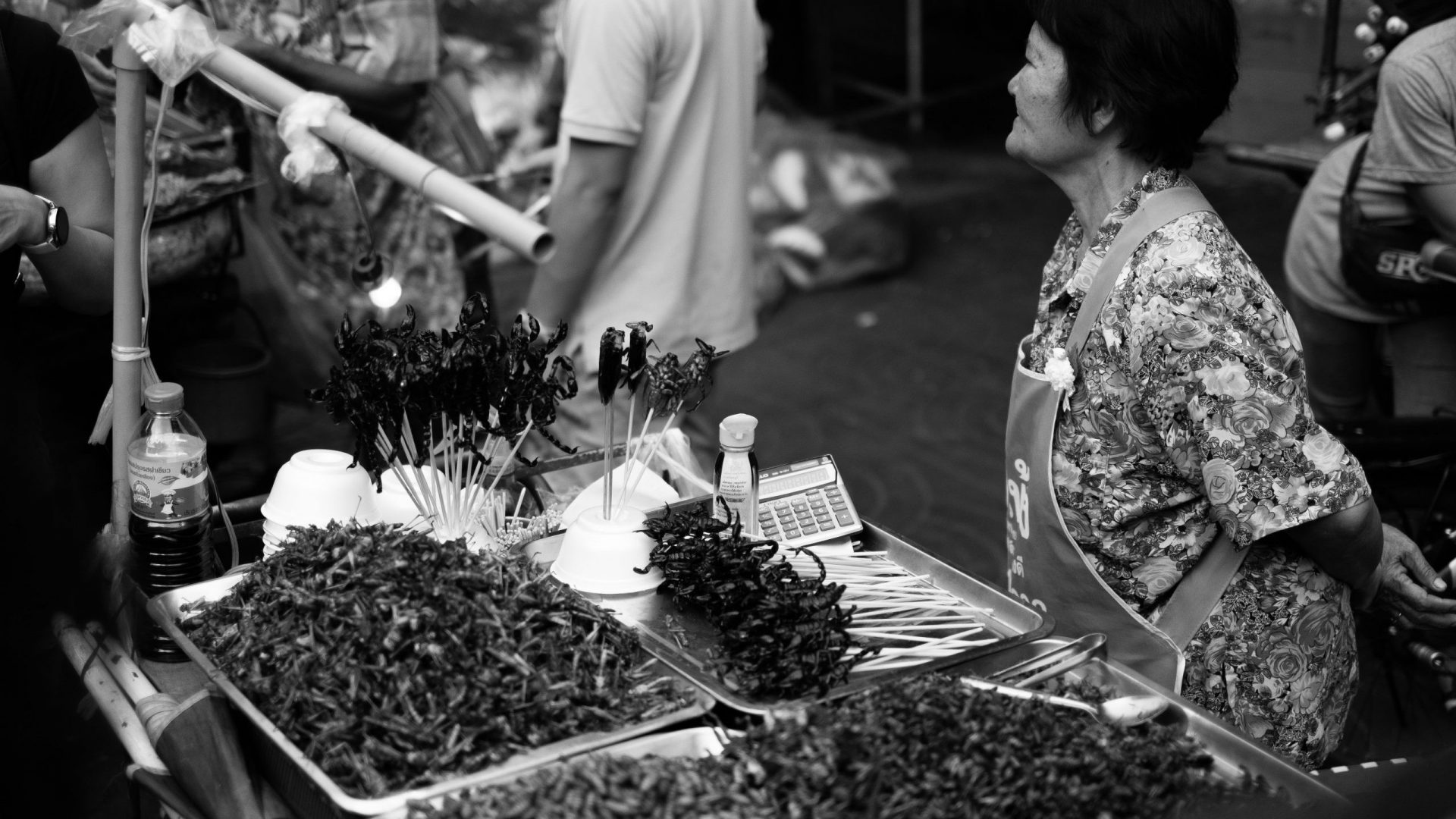 Entomophagy doesn’t exactly roll off the tongue and then again neither do edible insects but physically they do, they really do. Originally a rather intimidating term, entomophagy quite simply describes the practice of eating edible insects and now I welcome it.

I find myself attempting to summarise my experience exploring entomophagy after a week-long flirt. I was challenged to integrate insects into my diet as an alternative to eating traditional meats such as chicken, beef and fish. To be candid, I rarely shy away from a challenge so I was intrigued to explore this unusual diet and I documented the experience (see the 7-day insect vlog here). I replaced insects in all my meals and I did it for all the right reasons. As I am sure many of you are aware, traditional meats (mainly beef) are undeniably damaging to our planet and there are plenty of articles/reports to prove it [1, 2, 3].

So what exactly are the best diets for the planet?

Unequivocally, any diet not including red meat is a great start. Not only are farming practices associated with red meat (lamb/cow etc.) hugely damaging for biodiversity but they have dire consequences as a result of greenhouse gas emissions. Swathes of forests have been cut down to set up plots of land suitable for grazing and once reared, the animals themselves produce methane, a greenhouse gas 10 times more potent than carbon dioxide.

Next, a diet that gets rid of poultry and fish can cut your carbon emissions even further although by nowhere near as cutting red meat. By the time we get to the battle between veganism and vegetarianism, the plot thickens and it seems there is no consensus. Although vegetarian diets include animal by-products, there are many products eaten by vegans that generate high transport emissions or require high water usage to grow (See article).

The take home message: we can focus on reducing the emissions of meat eaters (particularly red meat) until a clear consensus is made.

This returns us to entomophagy, an utterly verbose word that for a short while became the bane of my existence. It was on the drive home from an interview I held with the CEO of Beobia, Tom Constant, that it sunk in. Did I really need to eat insects for a week, probably not but I’ll rise to it. Tom challenged me to a 7-Day insect diet and I felt compelled to do it after discussing how damaging our current agricultural practices are to the environment. It is truly disturbing the impacts we have on our planet and he offered an alternative – edible insects.

Yes, insects are meat but the environmental, ethical and nutritional consequences are nothing like traditional meat. Not only do insects have a lesser impact on the planet but a considerable number of insects species have a higher protein content per gram than any traditional livestock that we typically eat. They also take up way less space than traditional livestock and have a fraction of the methane release than cows for example (See blog). It is hard to see why insects have been overlooked for so long.

So where’s the Kentucky fried mealworms?

Interestingly, Sainsbury’s already sell insects. The UK consists of large and culturally diverse communities that often include cultures that typically eat insects and in fact it is estimated there are 2 billion eating insects worldwide. It makes economic sense to provide for these cultures although there are also over 2000 species of insects that are readily eaten across 5 continents so selection in the UK is obviously scarce for such a niche market.

Second, there is something aptly described to me by Tom as the “yuck factor”. This refers to the alien nature of the practice in western culture. The main uses for insects are bait in fishing and they play a vital role in the food web. So there is no reason for us to eat them, particularly when they look so unappetising. But then most people would say a cow doesn’t look good to eat, especially when you witness the conditions they spend their days in. If you were given the choice to kill an animal yourself to eat, would you rather kill a cow or insect?

No, I didn’t spend my days killing insects

Thankfully, while slightly regretting the decision to accept Tom’s challenge at least I came away with a sense of pride I would be reducing my emissions on the diet. I pondered this in my car, with the air conditioning on, burning fossil fuels down the M1. At least the insects he gave me were free. Food for thought.

These were insects he had reared himself as his company, Beobia, is in the insect industry looking for smart ways for customers to produce insects at home. Many young people are starting to show interest in finding ways to cut carbon emissions in their day-to-day activities and it is popular to make dietary alterations to do so. Beobia are latching onto this market trend and have launched their first insect growing pod, called Re_.

With my provided dried mealworms and mealworm powder, I successfully ate zero red or white meat and instead bulked up my vegetarian meals with mealworms. I made a bumbling start, adding dried mealworms after the cooking process to my dinners, making the insects hard and crunchy – something that made the “yuck factor” real. I also added mealworm powder directly to my soya milk to make protein shakes, which had an aftertaste of raw earth and cardboard. However, I easily included the powder into porridge every morning and replaced the protein shake for fruit smoothies with the powder. In addition, the powder made a great additive for baking in brownies and cakes.

The whole insects made a resurgence into my diet too. I realised they need to be included in the frying pan last, to loosen them up before eating. So, for my chilli con carne and multiple pasta dishes, you hardly notice the mealworms. These successes have meant I have been using Beobia’s Re_ product since the challenge finished and I am in the process of continuing my entomophagy journey. I never thought I would say that just a few weeks ago when I first accepted such a daunting dietary challenge.

I am genuinely surprised to come away from this experience unscathed and with more positive things to say about it than negative. As someone who is happy eating a whole host of meals based on different diets, I am trying to experiment to see just how it easy it is to change diets. It is a popular trend and whatever your reason (health, nutrition, environment, animal rights) I believe entomophagy could really grow in Western culture. Time will obviously tell if meat alternatives like those made from soybeans will become more successful but with the rich protein and mineral content of insects, it is hard to overlook its promise.

3. Carrington. 2018. Avoiding meat and dairy is ‘single biggest way’ to reduce your impact on Earth. The Guardian. https://www.theguardian.com/environment/2018/may/31/avoiding-meat-and-dairy-is-single-biggest-way-to-reduce-your-impact-on-earth