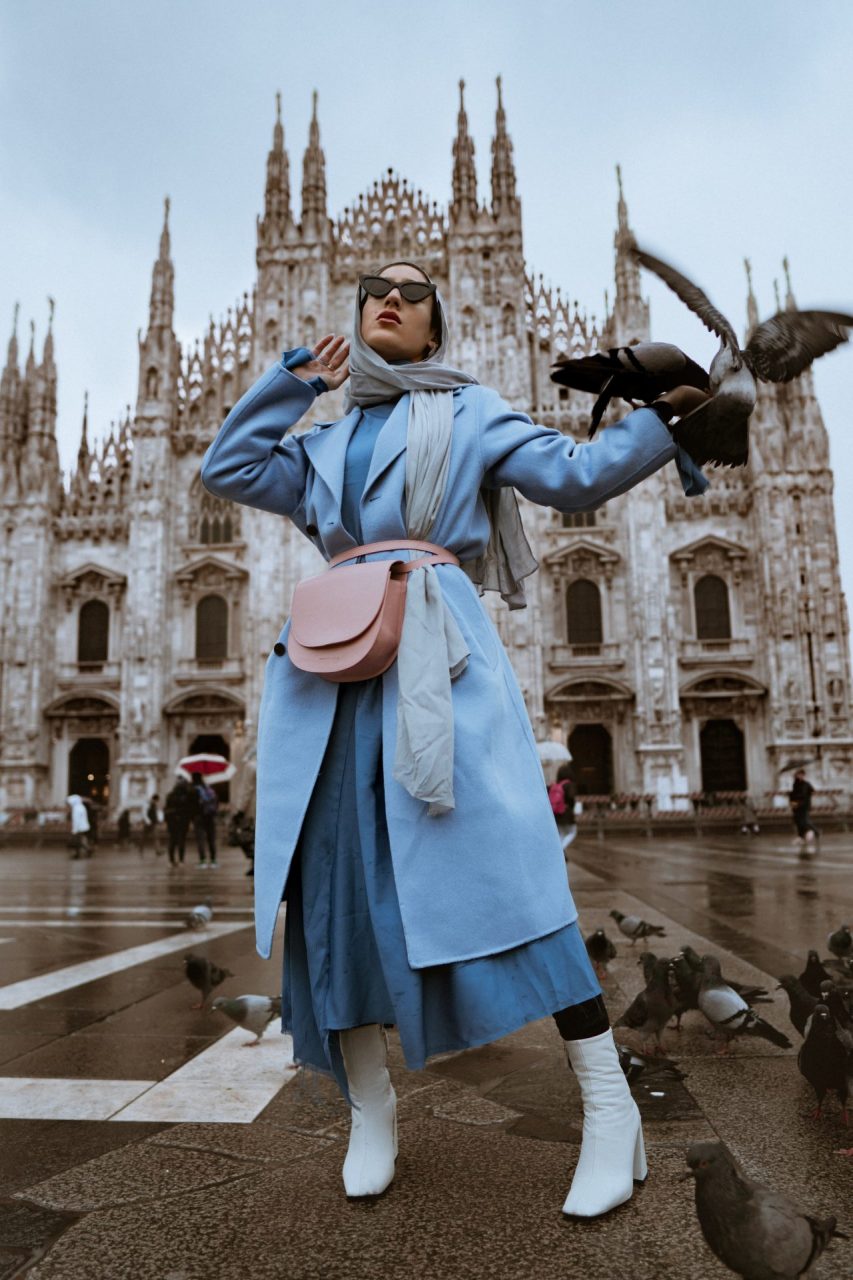 Fashion is associated with some of the worst environmental and ethical consequences as a result of the capitalist society that many of us live in. A capitalist society alongside the fashion industry drives our purchasing habits whether we realise it or not. If we are to reverse the decades of over-consumption and exploitation we need to take steps in the right direction now to make the transition easier over time and part of the new norm.

The Evolution of Production

It may sound obvious to start at the beginning but it is important to highlight how originally clothes served a purpose out of necessity. Yet, thanks to technological advancements and profit-driven markets, the 20th century became the century of mass-production, which was also reinforced by the media and of course capitalism (Pelzman, 1982).

It has developed throughout the 20th century to the point where fast fashion is not only a staple in the fashion industry but it appears to be a mainstay for the future too. Although the fashion industry in general is associated with terrible environmental and ethical practices, fast fashion can be seen as the upper echelons of all the worst consequences associated with the industry. Fast fashion is driven purely by profit and therefore they attempt to cut costs in as many areas as possible in all parts of the business from raw materials all the way through to sale.

Fast forward to the present day, we now have prices being driven down by huge fast-fashion competition. We now have bikinis for sale for £1 thanks to fast fashion brands like Misguided. This sounds great for us as the purchaser able to buy more for less but at what cost to our planet and everything that depends on it for survival?

The World Bank and Ellen MacArthur Foundation for example estimate that:

With water scarcity, a huge problem around the world with many experiencing droughts regularly, more sustainable water use in the fashion industry could help the United National Sustainable Development Goal 6 (UNSDG 6) – providing safe access to clean water for all by 2030. If we are to stand any chance of reducing global climate change and their devastating impacts then the fashion industry has to be one of the pioneers in change. As a tenth of all carbon emissions, they represent a significant proportion. Worryingly, the final estimate does not take into account the waste in our seas associated with the fashion industry other than microfibres such as tags, packaging, and plastic larger than microfibres from shoes, etc.

The ethical implications of the largest conglomerates in the world are truly shocking and many go unreported. But let’s just keep to the fashion industry. One of the ways to increase the scale of mass production and its speed in this day and age thanks to the introduction of fast fashion, is to employ people for the lowest possible wages. Therefore fast fashion would not bother employing people in areas where minimum wage is heavily policed and instead use poorer regions in the world. Many reports have even stated these companies provide unsafe conditions for workers and many of them employ children.

Uzbekistan is not a country you often hear about in the news and it is a case study I feel that, you, as the reader, should be exposed to as it is the stories often missed by mainstream news that we want to provide room for at ecologic. Each year, tens of thousands of Uzbeks are forced to pick cotton against their will or they will risk heavy fines and even lose their main jobs if they refuse. Think of mandatory military service but for picking cotton instead.

As cotton is a crop worth $1 billion a year to the Uzbek government, they are focused on maintaining high export as they depend so greatly on its profitability. Their governmental programme forcible removes people from their homes to go and pick cotton on the fields for up to 40 days a year. If this was not bad enough, evidence has suggested they also use child labour on the state-run farms in order to meet global cotton demand.

While it is not clear the exact number of children employed in the fashion industry, the International Labour Organisation estimates there are 170 million children engaged in child labour with many employed in the textiles and garments industry. It highlights how the fashion industry are promoting the violation of basic human rights around the world.

In addition, the welfare of animals is a huge concern in the fashion industry. It is well known that every year, billions of animals suffer in order to provide the materials necessary for clothing including cows, birds, goats, sheep and many more. I will not spend the time to describe the barbaric practices involved but the link here provides a relatively mild description (PETA).

It is clear there are profound changes required if we are to become more sustainable, ethical, and frankly, not promote the violation of many basic human and animal rights. It is a complex system to overcome and the capitalist society we live in presents many barriers to successfully overcome such awful practices.

But it is not all doom and gloom! In order to explore the positive steps being made and how you can help, see next week for what changes are being made in the industry.