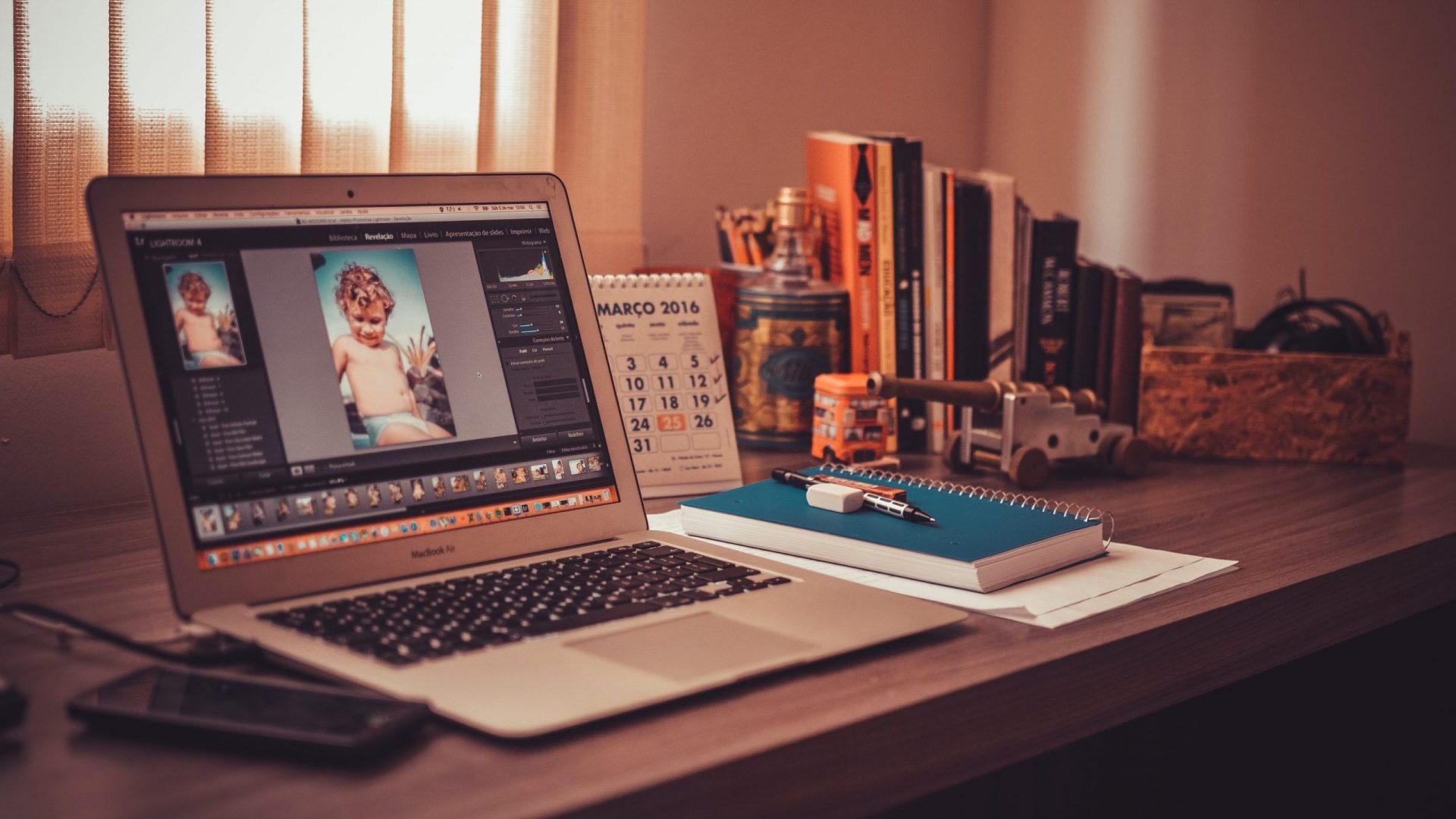 As Covid-19 rampages across the world, boarders have closed, and flights have been cancelled. Travel bans have swept the globe as people are forced into self-isolation. Social distancing measures have seen schools close, shops shut, and businesses halt operation. In a worldwide fight, the majority of workers have been ordered to work from home. Nations appear at a standstill. Residents are restricted from leaving their homes, only allowed out for one hours exercise a day or to buy groceries. Streets are desolate and roads are empty. Once bustling neighbourhoods are now ghost towns.

All in the aim of defeating Corona Virus, social restrictions have had an unexpected consequence. As industries shut down, carbon emissions have been dropping. China’s emissions have fallen 25% since the start of the year, New York has reported a 50% drop in pollution levels compared with the previous year, and satellite images have measured a reduction in Nitrous Dioxide levels over Italy, Spain and the UK.

But how are our home life activities effecting our carbon footprints?

As the world stays at home internet usage has skyrocketed. People are turning to YouTube, Netflix, Facebook, Twitter, Instagram, Xbox, PlayStation etc. etc. for sources of entertainment. So much so that internet service providers are struggling to cope with demand. Netflix have had to temporarily reduce their streaming quality to help alleviate the pressure.

Although using the internet seems effortless, a significant amount of energy is being consumed behind the scenes. So how are our new lives of solitude effecting the carbon we emit?

Emails have never been so vital. As people work from home, emailing colleagues is in some cases the only form of communication. The modern business relies on the service for continued operation. But with each paperless transaction comes a carbon cost.

The transfer and storage of each email’s data are determinates in its environmental impact. As an email’s data is sent from sender to recipient electricity is required. Once it has been received its information is stored on cloud servers (that must be constantly cooled) to be accessed at the user’s convenience. Therefore, the size of an email significantly alters the amount of CO2 emitted. The larger the email the higher the cost as more energy is required to transfer that message.

Here are the stats:

It’s very easy to forget an email once we’ve gotten our initial use out of them. From personal experience, the security of knowing certain emails are being stored for safe keeping in my inbox is a stress reliever. That event ticket, that order conformation letter, or last month’s pay slip. But after time they sit there collecting dust.

The same can be said for spam emails. I bet my house you have hundreds, if not thousands, of spam, junk, and promotional emails littering an inbox somewhere. All of these files of information are using energy for no reason, and they can easily be cleaned up.

An average office worker receives 121 emails per day, and approximately half of these are spam. In my experience, a considerable number of the remaining emails contain attachments (let’s say half). So, let’s do the maths:

This means an average office worker emits 1652 gCO2e per day on emails alone. That’s ~0.6 tCO2e per year! To put that into perspective, each person in the UK, on average, annually produces 5.6 tCO2e. Therefore, for an office worker ~11% of their yearly CO2e emissions come from emails alone.

These stats are staggering for something seemingly so insignificant. So, what can be done at home to help?

As we’ve learnt from emails, the transfer of data from the internet to your home can be a carbon costly business. Social media is no exception. As we sit at home bored out of our minds, three puzzles deep and a heated monopoly game later, we turn to our phones and the sanctuary of it’s scrolling text and images. But as we eagerly load the daily Corona case count, we’re slowing adding to our carbon count.

An average tweet costs approximately 0.02 gCO2. A figure that doesn’t seem too significant until you upscale it to the 6,000 tweets per second, 350,000 tweets per minute and 500 million tweets per day twitter experiences. A quick calculation will tell you twitter’s daily tweets produce 10 tCO2. That’s 2 average UK citizen’s yearly emissions in just 1 day!

What about Instagram? For all us wannabe influencers, each image we upload costs around 0.5 gCO2. For Facebook and WhatsApp, images are less data heavy so aren’t as carbon intensive. But, every time we upload our holiday snaps or share a meme we rack-up the carbon emissions. As a result, Facebook in 2013 produced an estimated 88 tCO2e, Instagram in 2015 an estimated 405 tCO2e, and WhatsApp in 2017 an estimated 1139 tCO2e from image uploads alone.

These carbon emissions come primarily from the cloud storage. As we keep our dedicated fans up to date with what our dog is doing these images sit in dedicated servers to keep them safe and ready for future use. These servers require electricity and a cooling to keep them running. This energy uses carbon.

It is estimated that each gigabyte of data uploaded to the cloud uses 3-7 kWh of energy. In carbon equivalent terms, in the UK that’s approximately 0.85-2 kgCO2e. To put that into perspective, I currently have 212gb saved on my OneDrive (Microsoft’s cloud service) consisting of predominantly GoPro videos and photos of my recent travels. I uploaded this a couple weeks back and a quick calculation tells me that cost me an estimated 180-424 kgCO2e, 3.2-7.5% of my yearly emissions! I hope my sick montage is worth it.

Now with all the added free time stuck indoors, steaming services such as Netflix, Spotify and YouTube are in high demand. But with every second of viewing comes a cost to the environment. Every 30-minutes of video watched is equivalent to 28-57 gCO2e (depending on streaming quality and location).

To put that into perspective, a Renault Scenic (an average car) produces approximately 120 gCO2 per kilometer. That means an hour and a half film is carbon equivalent to driving 1km and binge watching a whole season of friends can be equal to your daily commute.

Some of you may see this as not a bad tradeoff, I know what I’d rather do. But consider a family’s cumulative streaming. I bet it wouldn’t take long for a family (even a small one) to stream the equivalent of an entire series of friends.

You might think surely that streaming is much more environmentally friendly and less carbon costly than actually buying the film or CD? Right?

Well, there is certainly less material involved. However, it’s contested whether one option is better for the environment than the other and depends on a number of factors. These include, streaming quality, location, the number of times you stream the song or film, and your streaming device. Playing a Blu-ray on a 4K projector with a Hi-Fi sound system in your own personal theatre is going to use a lot more energy than streaming the film on your phone. It’s very contextual.

What can be said is that streaming services are much more carbon intensive than we’d like to believe.

For a lot of us, gaming is a considerable part of home life. In these times of isolation, for me, chatting with mates through Xbox whilst wrecking scrubs on Call of Duty Warzone has been my primary outlet for socialising. I imagine this is the case for a considerable number of people across the world.

At the end of 2019, in the UK alone there were an estimated 8 million households with at least one console. Globally, there are 1.8 billion gamers, with 600 million using consoles. With these stats it only takes a couple of hours a week to rack-up some serious game time.

Above are the carbon statistics for the most popular gaming systems used today. It shows that an average person will emit 16-25 kgCO2e per year from gaming. That approximates to 133-208 km of car travel. If we consider the 8 million households across the UK with at least one console, that’s 175,000-200,000 tCO2e spent on console gaming alone in the UK.

That cost is staggering considering it doesn’t include PC gaming or the carbon cost of acquiring games. A good PC setup can be 10x more energy intensive than that of a console and the number of PC gamers outweigh the number of console gamers in the UK. Maybe you should consider these hard facts when preaching the superiority of the PC master race.

So, where does the carbon cost of gaming come from?

Well, there is the obvious electricity consumption of the console. As powerful devices, consoles require a lot of power, considerably more in fact than your typical home system appliances. So much so that streaming Netflix through your PS4 can be 30x more energy intensive than through a dedicated streaming device.

There is also the energy required to download and play large games online. We have already discussed the environmental costs of purchasing hard copy discs referring to films. But a study conducted on the gaming industry revealed that if a game is larger than 8.8gb then digitally downloading it is worse than purchasing the physical copy. However, this study was conducted in 2015 using a PS3. Updates to both consoles and internet speeds will have improved efficiency, but it still remains that downloading considerably large file comes at a cost. I will definitely think twice about temporarily downloading a 40gb+ triple A title when Xbox offer a free week trial.

It’s obvious then that ICT services that have become so integrated into our everyday lives are secretly causing (when accumulated) considerable environmental effect. The ICT sector contributes to 2% of global greenhouse gas emissions, equal to that of the aviation sector.

So why do we not treat our internet usage and international air travel the same when considering the environment?

It’s encouraging to hear that ICT solutions have the potential to enable a reduction in global greenhouse gas emissions of up to 15.3% by 2030. But than shouldn’t excuse us from trying at home.

The link below is a good place to start. It takes you to an online carbon emissions calculator that will convert your electricity consumption into equivalent carbon. It also considers the energy mix of your nation. Whether you’re in nuclear heavy France or coal powered China, it will take that into consideration.

Now that we’ve succumbed to a zero-travel life of isolation where cars and planes seem a thing of the past, we must begin to treat our internet usage with the same environmental respect we do with transport.